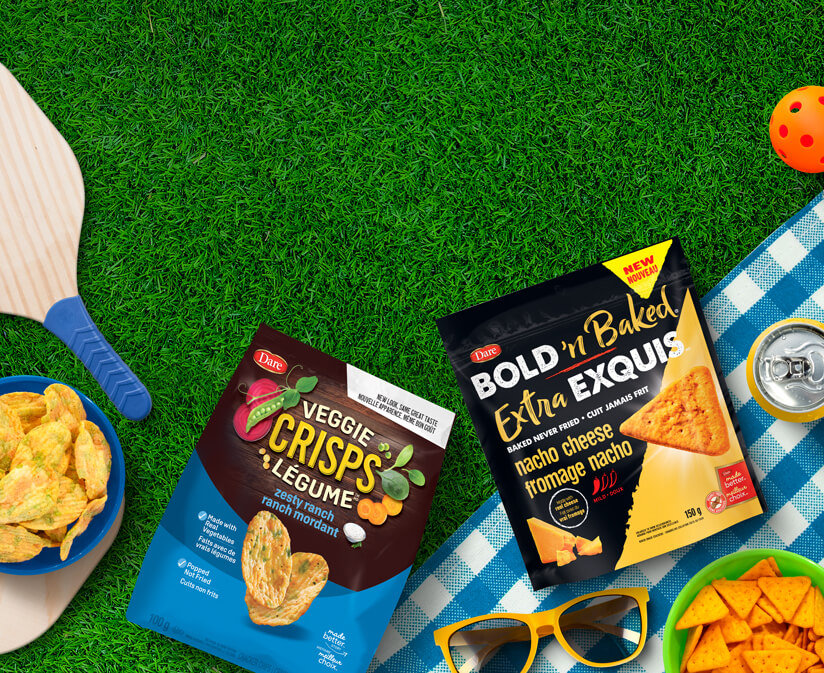 OPEN ONLY TO RESIDENTS OF CANADA WHO HAVE REACHED THE AGE OF MAJORITY IN THE PROVINCE OR TERRITORY IN WHICH THEY RESIDE.  NO PURCHASE NECESSARY.

Standard data rates apply to entrants who choose to participate in the Contest via a mobile device. Please contact your service provider for pricing and service plan information and rates before mobile device participation.

This contest site is not configured to support any version of Internet Explorer®.

ELIGIBILITY: The Contest is open to residents of Canada who have reached the age of majority in the province or territory in which they reside as of their date of entry in the Contest (“Entrant” or “Entrants”). The Contest is not open to:

HOW TO ENTER: NO PURCHASE NECESSARY.
To enter, an Entrant must:

ENTRY LIMITS: Entries are limited to one entry, per person, per email address per contest period.

HOW TO CLAIM A PRIZE:

PRIZES/APPROXIMATE RETAIL VALUES (“ARVs”): The following prizes are available to be won. All references to money are in Canadian currency.

ENTRY CONDITIONS AND VERIFICATION: All Entries are subject to verification at any time. The Sponsor reserves the right, in its sole and absolute discretion, to require proof of identity and/or eligibility (in a form acceptable to the Sponsor including, without limitation, government-issued photo identification) to participate in this Contest. Failure to provide such proof to the satisfaction of the Sponsor and the Contest Rules in a timely manner may result in disqualification.
Any attempt by any Entrant, to participate or submit an Entry in any method or enter or participate in any fashion not sanctioned by the Official Contest Rules will void that individual’s Entry and eligibility to win a Prize and the Entrant will be disqualified from the Contest, at the sole discretion of the Sponsor.
All Entries that are incomplete, illegible, irregular, have been submitted through illicit means, or do not conform to or satisfy any condition of the Official Contest Rules may be disqualified by the Sponsor. Proof of submission does not constitute proof of receipt. Your Entry will be rejected if (in the sole and absolute discretion of the Sponsor) the Entry is not fully completed and submitted during the Contest Period. The Releasees (defined below) are not responsible for late, lost, misdirected, delayed, damaged, stolen, incomplete or incompatible Entries including but not limited to; any attempted Entry that may not be received due to technical issues, Entry Form timing out, incompatible Browser versions or internet connectivity issues during the Contest Period. Entries become property of the Sponsor and will not be acknowledged or returned.

LIMITATION OF LIABILITY: By entering the Contest, Entrants accept and agree to these Official Contest Rules and the decisions of Sponsor, which shall be final in all matters. Releasees (as defined below) are not responsible for lost or late Entries, or the Declaration, or for any typographical, or other error in the printing of the offer, failure of the Contest website, administration of the Contest, or announcement of any Prize, or for technical, hardware, or software malfunctions, computer virus, bugs, tampering, unauthorized intervention, fraud, lost or unavailable network connections, or failed, incorrect, inaccurate, incomplete, garbled, or delayed electronic communications whether caused by the sender or by any of the equipment or programming associated with or utilized in this Contest, or by any human error which may occur in the processing of the Entries in this Contest, or any other cause beyond the reasonable control of Sponsor that interferes with the proper conduct of the Contest as contemplated by these Official Contest Rules.

The Sponsor extends absolutely no representations or warranties in respect of a Prize and accepts no liability arising in respect of such Prize or in the use thereof.

Unless otherwise required by applicable law, the Entrant agrees to the following releases, waivers and disclaimers:

CONTEST RELEASE: By entering the Contest, Entrants agree to forever release, discharge and hold harmless, Sponsor, Promotion Parties, their affiliates, subsidiaries, their advertising and promotional agencies and their respective directors, officers, employees, representatives, successors, assigns and agents, parent and related companies, licensors, licensees (the “Releasees”), from and against any and all damages, claims, injuries, death, loss and/or liability to person or property, due in whole or in part, whether directly or indirectly, by the entering and participation in the Contest.

PRIZE RELEASE: If an Entrant wins a Prize and accepts the Prize, such acceptance shall mean full satisfaction of the entitlement as an Entrant and Winner in the Contest and the Entrant fully discharges and forever releases the Releasees, of and from any and all claims, demands, losses, damages, actions or causes of action whatsoever, whether known or unknown, whether at law or in equity which they or their heirs, executors, administrators, successors or assigns may now or hereafter have against any of the Releasees in connection with the use, misuse or otherwise of the Prize.

Entrant also acknowledges, without limiting the generality of the foregoing, that the Releasees will not be responsible for any injury, accident, death or dismemberment, or any other loss, damage or expense in connection with the participation in the Prize. Refusal to accept a Prize releases the Releasees of all responsibility and obligations toward the Entrant of such Prize.

RIGHTS OF SPONSOR: If, in the Sponsor’s opinion, there is any suspected or actual evidence of tampering with any portion of the Contest, or if technical difficulties or any other factor including accident, printing, administrative, or any error of any kind compromises the integrity, administration, or conduct of the Contest, the Sponsor reserves the right, with consent of the Régie des alcools, des courses et des jeux, to modify, cancel, or suspend this Contest without prior notice or obligation.

Any attempt to deliberately damage any website or other component, or to otherwise undermine the legitimate operation of this Contest may be a violation of criminal and civil laws and should such an attempt be made, the Sponsor reserves the right to seek remedies and damages to the fullest extent permitted by law, including criminal prosecution.

Sponsor reserves the right to disqualify a person if he/she enters the Contest or tries to do so by any means contrary to these Official Contest Rules or which would be unfair to other Entrants or where Contest Entries are generated by any mechanical or automated means, including the supply of untruthful, inaccurate, or misleading details and/or information. Entry materials that have been tampered with, reproduced, falsified, or altered are void. In the event a dispute arises as to the identity of an online potential Winner, Entries made by internet will be declared by the name on the associated online entry form.

PUBLICITY: Entering this Contest and accepting a Prize (if applicable) constitutes permission for the Sponsor, and its agencies to use the Entrants’ and Winners’, names, cities and provinces/territories of residence, biographical information, Entry information, Prize information, video, recording, voice, photograph, statements and likenesses for purposes of advertising and publicity in any and all media now or hereafter known throughout the world in perpetuity, without further compensation, notification, or permission, unless otherwise prohibited by law.

PRIVACY: Sponsor respects Entrants’ right to privacy. Personal information collected from Entrants (including but not limited to names, age, mailing addresses, telephone numbers, and email addresses) will only be used for the purpose of administering this Contest and conducting publicity about this Contest. By entering this Contest, Entrants consent to Sponsor’s collection, use, and disclosure of their personal information for these purposes. For a copy of Dare Foods Privacy Policy, please visit https://www.darefoods.com/privacy